I love the brooklyn flea. Every time I head over there I find something that I want. Whether it's cool retro sunglasses, beautiful earrings, or even some bottle caps, there is really something for everyone.

This trip, I managed to find a few bottle caps at dan's parent's house, a cool booth that literally has stuff from his parent's basement (cheap toys, old keys, stuff that in your own house is probably covered in dust and awaiting trash day). Dan smartly understands that people in NYC will buy anything that reminds them of their childhood.

Michael and I were browsing while our friends were over at another booth, and out of nowhere, Michael yelled, "LAUREN! HE HAS BOTTLE CAPS!" I dashed over and found a healthy collection of cork lined soda crowns sitting in a box, underneath about 5 other boxes of stuff. Good eye, Michael. Good eye. Unfortunately, none of the bottle caps were particularly rare, and there were a lot of duplicates -- someone must have bought them with the intention of a crafty project. But there were some that I didn't have, so I picked out the best of the bunch and gave Dan my dollar. 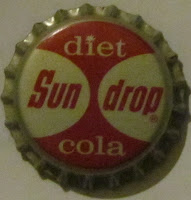 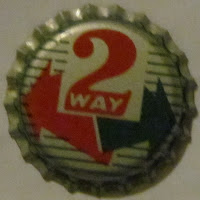 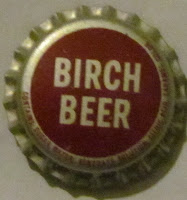 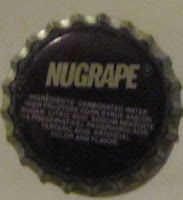 Some of them are really fun and retro looking -- I especially like the diet sun drop cola with the star on the "i." And 2-way also gives the impression of being a type of lemon lime drink. They'll be excellent additions to the collection.

Some other time I'll tell you about the $250 coffee table decorated with bottle caps and the bottle cap robot. Not that I bought them. I just covet them.
Posted by Lauren at 6:29 PM